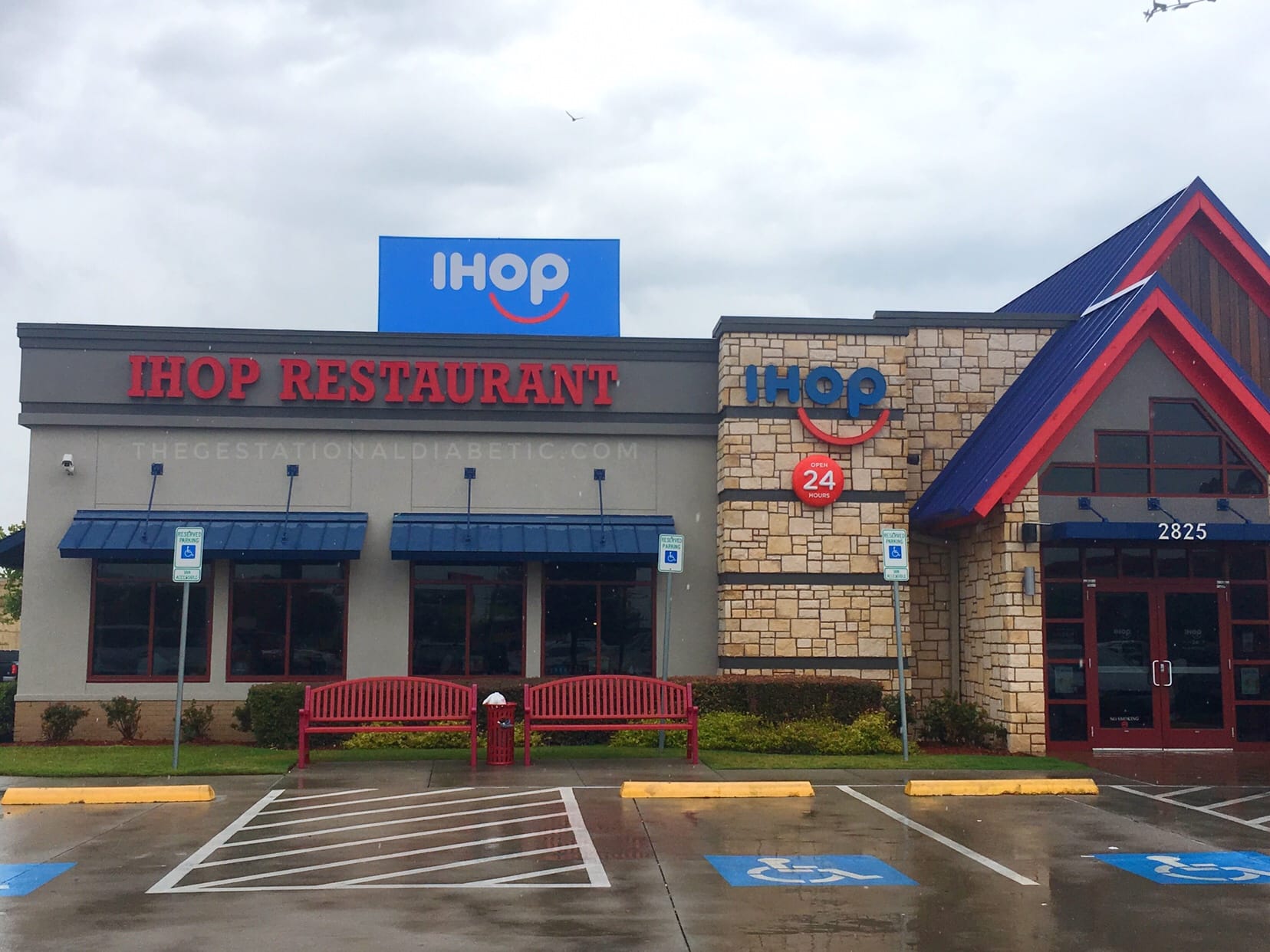 Can I Eat IHOP?

Carb heaven, right?! But is IHOP with gestational diabetes possible? A few months ago a mom said that she gave in and got pancakes at IHOP and was surprised that her reading was within range, so I looked into it!

Obviously the 30g carb standard we’ve been following is out the window. Outside of the obvious low-carb items like eggs and meat, and the toppings IHOP offers, there are few menu items under 50g carbs. IHOP‘s menu is in PDF format, which is pretty unfriendly after using the customizable menus on fast food sites like McDonald’s.

If you don’t want to try your luck at IHOP, there are alternatives! Pretty much everyone knows about Kodiak Cakes as a good pancake/waffle during this diet. You can go to their website to find a store near you that stocks them, and they are widely found in Target. ABS Pancakes (affiliate link) is also a good replacement with way less carbs, but must be ordered online. They average out to be $1 per pancake and you can use code ABSFIRST for 10% off. There are 13 different flavors between these two companies, so plenty to choose from!

Outside of those, there are plenty of pancake recipes online using almond flour or coconut flour. If that’s not your jam, try making pancakes with 100% Stone Ground Wheat Flour. It is low glycemic and has better nutrition than white flour. I have yet to see this type of flour in Walmart, but keep an eye out anyway. For sure it can be found at a health food store, and probably the smaller grocery chains like Publix and Kroger.

The last option that I’m aware of is to try a fortified flour. These are commonly found, and just recently I was surprised to see one in Walmart. It was cheaper than other specialty flours like almond and coconut, and the carbs were quite reasonable with a considerable amount of protein and fiber!

What’s your favorite fast food joint right now and what works on their menu? Comment below!

Pin this for reference!